View the current roster of the Great Plains Food Bank Board of Directors HERE. 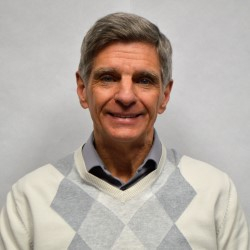 Steve Sellent
Chief Executive Officer
As CEO, Steve has overall responsibility for leadership, planning and management of the Great Plains Food Bank. Steve’s experience speaks for itself with 35 years of experience in warehousing, distribution and program development. Steve holds a degree in Business Administration from Minnesota State University, Moorhead. Steve has been with the Great Plains Food Bank since 1990 when he was hired as the organization's director and is currently the longest tenured employee.
Email: ssellent@greatplainsfoodbank.org 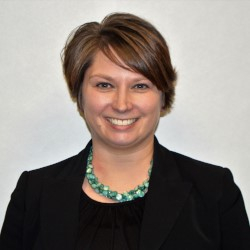 Melissa Sobolik
President
Sobolik was named Great Plains Food Bank President in July of 2019 with half her time being dedicated to overseeing external relations of the organization and the remaining half leading Ending Hunger 2.0. Ending Hunger 2.0 focuses on long-term solutions and prevention work through research, advocacy and community based solutions. Melissa served as the Director of Agency & Client Services for eight years before moving into this new role. Melissa has a BA in Political Science from Concordia College in Moorhead, Minn. She has previously served on the Fargo City Commission and the North Dakota League of Cities Board of Directors.
Email:  msobolik@greatplainsfoodbank.org 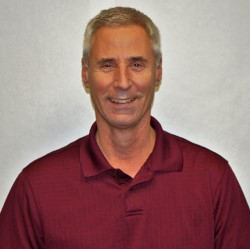 Joe Askew
Chief Financial Officer
Joe joined the Great Plains Food Bank staff as Chief Financial Officer in September of 2017 and oversees all finances and human resources efforts. He spent the previous 17 years as a controller for a multi-million dollar manufacturing company and holds an accounting degree from the University of North Dakota and a business administration degree from North Dakota State University. Additionally, Joe serves in a volunteer capacity as treasurer both for Olivet Lutheran Church and the ELCA Eastern N.D. Synod.
Email: joaskew@greatplainsfoodbank.org 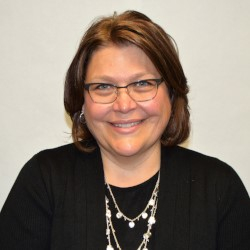 Marcia Paulson
Chief Development Officer
Engaging and mobilizing the community around the solvable problem of hunger in North Dakota and western Minnesota is a challenge Marcia takes seriously. “I believe ending hunger is a shared responsibility and that together we can make a huge impact on the lives of those who are currently hungry, or at risk of hunger.” Marcia’s passion for equality has led her to hold both paid and volunteer positions within the nonprofit community for the past twenty years around the issues of hunger, poverty, racism, affordable housing, homelessness and violence prevention. Marcia holds a degree in Speech Communication from the University of North Dakota, Grand Forks and a degree in Social Work from Minnesota State University, Moorhead.
Email: mpaulson@greatplainsfoodbank.org 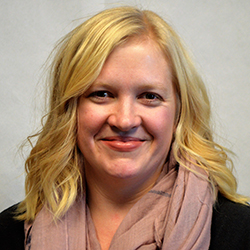 Nancy Carriveau
Program Director
Nancy Carriveau joined the Great Plains Food Bank in April of 2016 as food resource manager and was promoted to program director in the fall of 2018 where she oversees aspects of the eight Great Plains Food Bank programs including its network of more than 200 partner food pantries, shelters and soup kitchens. Before arriving at the Great Plains Food Bank, she spent 15 years in retail, hospitality and food service management. A deep understanding of retail and food service administration, she previously worked as a life skills educator with Lutheran Social Services in Duluth, Minn., before moving back to North Dakota with her family. Carriveau received a bachelor’s degree in liberal arts from the University of Minnesota-Duluth in 2007.
Email: ncarriveau@greatplainsfoodbank.org

Ongoing support is important to enabling projects to continue their work, so we encourage donors to continue to contribute to projects over time. But if you must cancel your recurring donation, please notify us.